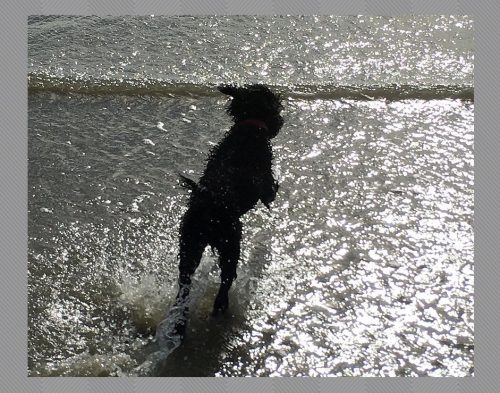 The Portuguese Water Dog (PWD) is a medium-sized ancient breed of working dog native to Portugal and in ancient times was considered sacred. Called the Cao de Agua, it means “dog of water”, possessing webbed feet which aids in its swimming. Originally, they worked alongside Portuguese fishermen herding fish and retrieving nets, being prized for their strength, spirit and aptitude for swimming and diving. So much so that they were considered part of the crew. Additionally, they were used to carry messages and food from one ship to another.  The non-shedding qualities of the PWD aided in the increased popularity of the breed in more recent years.  (It should be noted that no breed of dog is scientifically proven to be hypoallergenic however the single-layer non-shedding coat of the PWD has made it possible for many asthma/allergy sufferers to become dog owners.)

The PWD can be quite sensitive, very curious, highly intuitive and fiercely loyal. They are independent but have a very strong need to be near their owner. Likewise, they have a strong need to please their owner.  They love to play, can be easily trained and are very active.  Often identified incorrectly as a standard poodle, the PWD possesses a much more  muscular build.

Their coat colors are black, white, brown, white with dark markings, or black or brown with white markings. The coats are thick and may be curly or wavy in texture. Some may have mixed pattern hair being curly all over and wavy on the ears and tail.  Grooming is suggested every 6-8 weeks and brushing every other day if not daily.

It’s important to note that the PWD can be a notorious chewer,  quite mouthy, habitual counter surfer, a greeting jumper and an attention seeker.   Any new owner should realize that you must be consistent in training them to do as you wish! 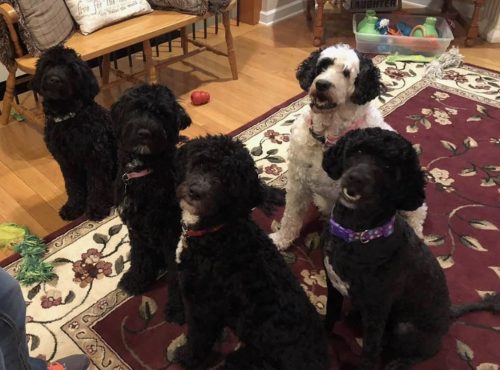 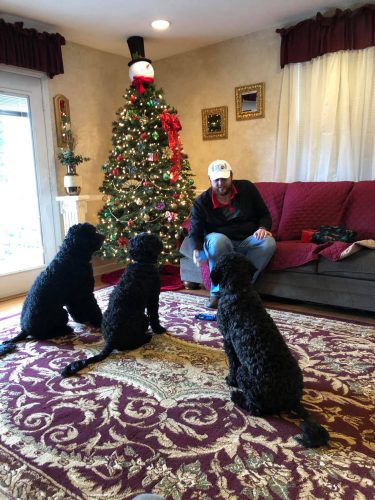 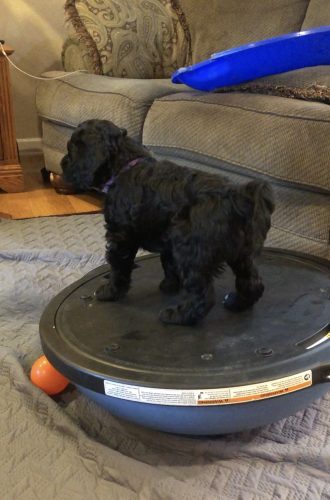